Hormonal Melasma in the Eyes of Miami Plastic Surgery

The American Academy of Dermatology (AAD) defines melasma as brown to gray-brown spots on parts of the face, particularly the forehead and cheeks. It’s a skin condition that affects more than six million people in the United States; and is more common in women than in men. While the main culprit may be sun exposure, melasma can be caused by other factors.

The AAD believes changes in hormonal levels can also trigger melasma. Nonetheless, the root cause remains unclear to scientists. Fortunately, plastic surgery in Miami has a way to, at least, treat this condition.

Now, how can body hormones trigger these dark patches? The key factor in this condition is that the body produces too much dark pigment in certain areas. The hormones stimulate the pigment-producing cells. 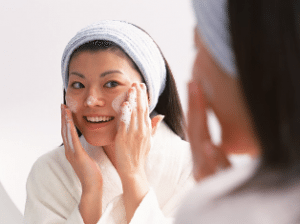 A study of 312 cases, published in a 2011 issue of the Indian Journal of Dermatology, cited the increase in hormone levels as a factor in triggering melasma. This happens when women take oral contraceptives. However, the study cannot trace the mechanism of the condition in detail.

The typical contraceptive pill can contain either a mixture of synthetic forms of estrogen and progestin. The action of these chemicals is to upset the normal and healthy balance of female hormones during the ovulation phase, thereby suppressing normal ovulation. Due to the disruptive effects of these contraceptives, it is believed that the abrupt changes in hormone levels trigger melasma. However, studies also show that pregnant women, chock full of natural hormones, especially melanocyte-stimulating hormones (MSH), can also have melasma. With MSH levels peaking at one point in pregnancy, the production of dark pigments is encouraged. 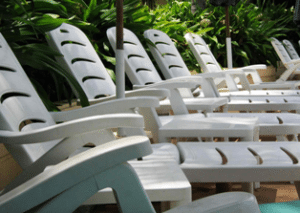 Recently, lasers have taken the lead in managing melasma; but there are other non-invasive treatments that can produce a similar effect. For instance, a typical whitening cream made from natural ingredients can get rid of the dark spots by blocking the production of melanin. Substances capable of doing this include arbutin and kojic acid.

Approaches in treatment for melasma vary from lasers to whitening creams such as those formulated by plastic surgeons like Dr. Daniel Man. The primary objective of these treatments is arrest melanin production to make sure dark spots don’t come into plain view.