Daniel Man, M.D., is a world renowned surgeon, inventor, and artist as well as a board-certified plastic surgeon with a high-end private practice in Boca Raton, Florida. He is well known as one of the premier plastic surgeons in South Florida for his breakthrough procedures and treatment methods, as well as having patients from across the country who travel miles to undergo his treatments.

As a noted artist, author, inventor and educator, Dr. Man has devoted his life’s work to helping people look younger and improve their appearance and well-being through cosmetic surgery. Dr. Man believes in striving for a natural look, whether he is performing breast enhancements or facelifts. He provides a full range of services for men and women, including those designed to improve their social and sex lives.

Dr. Man has developed specific treatments for both men and women. He is the creator of the renowned “Man Lift”, a facelift which takes into account the differences between men and women when it comes to facial structure and skin quality. He uses a special technique for men’s and women’s facelifts to prevent ears from drooping – a technique that is now the gold standard for facelifts.

Dr. Man has also developed a number of different proprietary procedures; such as: an improved gynecomastia procedure for male breast reduction, a specialized liposuction method, and injections that utilize platelet rich plasma for faster healing after procedures. He also designed the ART Bed, which allows for better plastic surgery results by allowing him to operate on a patient who is not lying fully flat – thus taking into account the effect of gravity on the body.

Innovator Outside the Operating Room

Additionally, Dr. Man holds a patent for an implantable homing device to help locate missing children, foreign diplomats and Alzheimer’s patients. He never stops looking for ways to improve his practice, his patients and his world!

Noted for his work in skin rejuvenation, cosmetic laser surgery, liposuction, facelifts and body procedures, he is a frequent guest lecturer at medical conventions where he receives invitations from medical societies throughout the world. He has proudly received the 2013 “Best overall patient enhancement” award at the Aesthetic Society convention in Miami and he also won the 2012 “Best non-surgical facial makeover” award. He was named one of South Florida’s “TOP DOCS” in a report by South Florida Magazine, and voted “BEST COSMETIC SURGEON.”

Read this wonderful article from Dr. Man on the Natural Facelift

An artist and plastic surgeon, Dr. Man believes that art plays an important role in plastic surgery. He regularly contributes his art to help raise funds for abused women and children. Dr. Man also donated a painting to the White House in recognition of President Clinton’s efforts to promote peace in the Middle East.

Dr. Man was recognized by The United States Attorney General, Eric Holden, as “Humanitarian of the Year”, for his work with crime victims, especially domestic abuse victims. In addition to his private practice, Dr. Man serves on the staff of Boca Raton Community Hospital, West Boca Medical Center, and Delray Community Hospital. 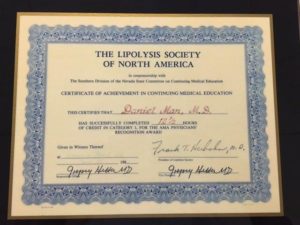 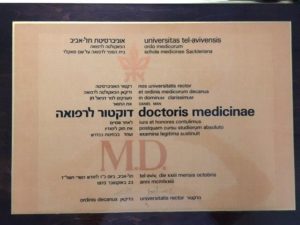 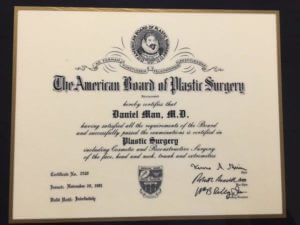 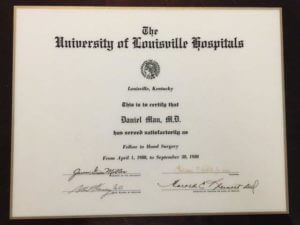 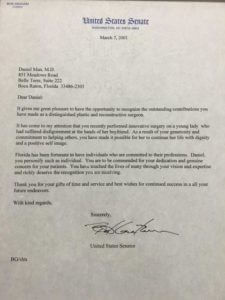 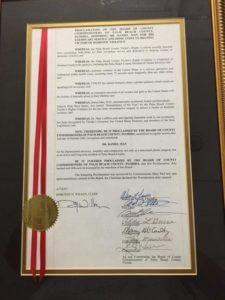 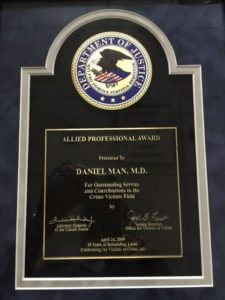 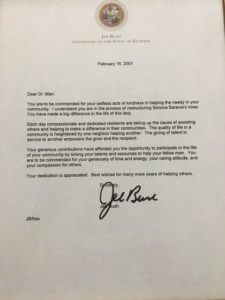 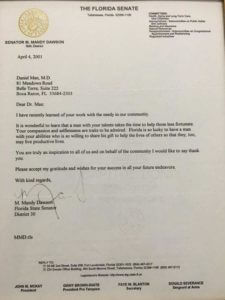 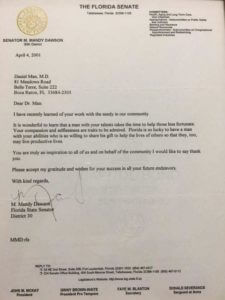 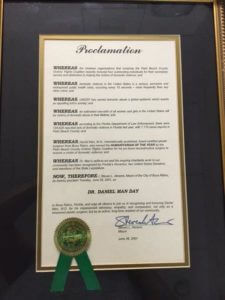 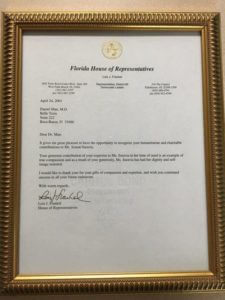 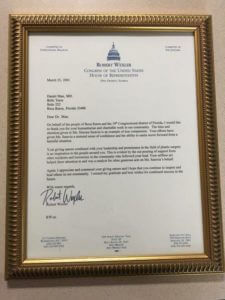 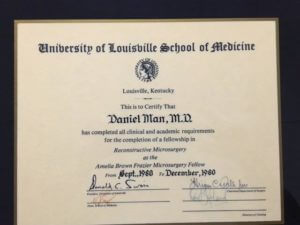 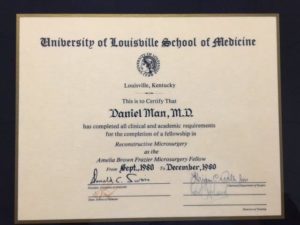 Dr. Man in the Press

WASHINGTON – Attorney General Eric Holder announced today that the Department of Justice is awarding more than $4.7 million in Recovery Act formula grants for Florida state victim assistance and victim compensation programs. The Attorney General made the announcement in his remarks at the National Crime Victims’ Rights Week Awards Ceremony where he recognized Daniel Man, M.D., of Boca Raton, Fla., for his efforts on behalf of crime victims.

“We all owe a debt to these honorees and to the countless other advocates across the country who tirelessly work to protect victims’ rights,” Attorney General Eric Holder said. “The Department of Justice is committed to protecting victims’ rights, which is why I’m so pleased we’ve been able to dedicate funds from the Recovery Act to assist these advocates in their invaluable work.”

Dr. Daniel Man, a distinguished, world-renowned plastic and reconstructive surgeon, believes that “there is beauty in all things.” Since 2001, Dr. Man has been making a difference in the Boca Raton, Florida community. In coordination with Palm Beach County Victim Services, Dr. Man has offered a unique model program to physically injured victims of domestic violence and has helped victims of domestic violence restore their lives by reconstructing battered faces mutilated by acts of violence.

In addition to Dr. Man, the Attorney General recognized nine other individuals and programs for their service to crime victims. More information about the Recovery Act Victim Assistance and Compensation formula grants and National Crime Victims’ Rights Week is available at: www.ojp.gov.