Face Too Red: Plastic Surgeons in Boca Raton Say It May Be Rosacea

If melasma turns parts of your face dark, rosacea somewhat does the same. The difference is that it is only redder. It’s a good thing plastic surgeons in Boca Raton are ready for it.

It’s natural for people’s faces to turn red from time to time. Natural causes include a spike in adrenaline levels, forcing the heart to pump more blood (this can happen with strong emotions). It can also be caused by dilation of the arteries when you eat something really spicy. However, rosacea takes redness to an abnormal level.

Doctors rule out bacterial infection as a cause for rosacea. Genetic traits may point to a group of people who tend to blush more easily than others. Larry Millikan, a dermatologist at the Tulane University Health Sciences Center in New Orleans, points out that normal bacteria flora are observed in rosacea skin samples. Simply put, there’s no infection going on. While it’s not bacterial in nature, rosacea can still be troublesome as it may cause watery eyes, irritation, and dry skin.

Millikan, as well as other dermatologists, notes that the mechanism of rosacea is a subject of debate. However, the condition can be aggravated by certain factors such as consumption of alcohol, which is also known to make your face red. Dermatologists say rosacea can hit people at around the age of 30. 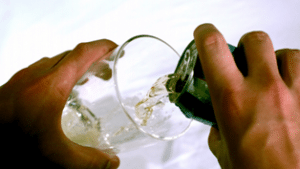 The National Rosacea Society (NRS) classifies rosacea into four subtypes. These depend on where redness is at its peak. Signs of rosacea may include redness around the cheeks, redness along with bumps and pimples (which usually follow red cheeks), swollen skin around the nose, and blood vessels becoming conspicuous on the skin surface.

As with other skin conditions, lasers can be used to treat rosacea. However, many dermatologists prefer to begin with topical treatment for rosacea. For instance, skin creams like those from plastic surgeons such as Dr. Daniel Man can get rid of the abnormal redness through conventional antibiotics like tetracycline and minocin. This works for both light and moderate cases of rosacea.

In managing severe cases, oral antibiotics may be prescribed by the dermatologist for a more potent control of the skin condition. The treatment usually lasts six months, and must be faithfully complied with for the redness to be controlled. Pharmacologists remind us that improper use of antibiotics can cause them to lose their efficacy against certain diseases.