An Abbreviated History of Breast Implants

Breast implants are among the most commonly performed cosmetic surgeries. According to the New York Times, in 2010 alone about 296,000 women underwent breast augmentation procedures in the U.S.

However, there was a time when breast augmentations were very risky and questionable medical processes. Before the well-developed implants that are now used for surgery were invented, surgical procedures to enhance a woman’s bust were very high-risk.

The first breast implants were believed to be created in 1890, according to the website Mental Floss. Robert Gersuny, an Austrian doctor, used a paraffin solution to inject in female patient’s chests. The results were visually appealing, but the paraffin hardened and created lumps in the chest over time. This procedure also put women at high risk for infection. By the 1920s, this type of breast enhancement surgery was no longer being practiced. 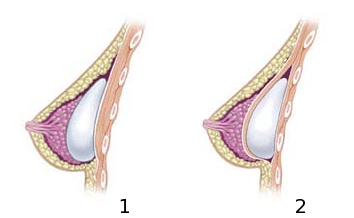 During the 1940s and 50s, a number of women started stuffing their bras with anything from tissues to socks to enhance the look of their breasts. Near the end of the 1950s, doctors started exploring more ways to surgically enlarge the breasts. Polyvinyl sponges were implanted into the chest. This, however, proved to be dangerous as well. The sponges shrank once they were inside the patient and hardened significantly after surgery. A number of women also complained of infection and inflammation after undergoing the procedure. This type of surgery eventually brought on a cancer scare and was quickly discontinued.

By 1961, a new breast augmentation method came on the medical scene. Dow Corning partnered with two cosmetic surgeons in Houston, TX and made the first breast implant made of silicone. The prosthetic was a sac made of rubber and filled with viscous silicone gel. The design of the sacs have remained the same for roughly 30 years; however, in 1982, the breast implants underwent minor modifications for safety.

In 1992, after almost 100,000 women had the modified versions of the breast implants installed in their bodies, the FDA made the announcement that the polyurethane in the implants could create a cancer-causing agent in the body. For this reason, a number of US. doctors have elected to use saline implants for breast augmentations. Saline implants are currently the most common medium used for breast implants, as they are made from salt water and don’t pose the risk of cancer.